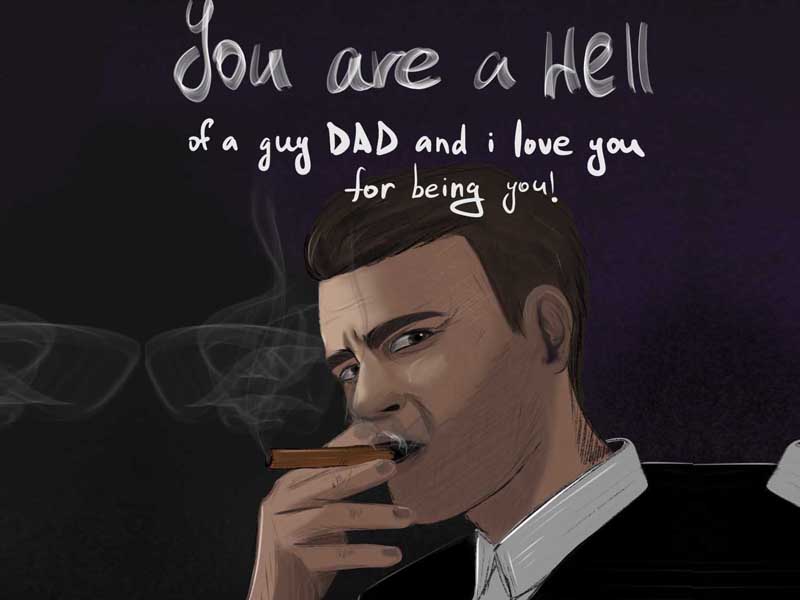 Thinking of the best father day wishes to your Dad, son, grandfather, male relative or that special father figure in your life, why not send a Father’s day eCard. A father’s day ecard will show you can and will be much appreciated by the recipient.

Father’s day celebrations differ in countries, In Australia is celebrated on the First Sunday of September. Father’s day Australia 2020 is on the 6th of September. People celebrate their Dad or father figure differently on Father’s day.  While some engage in physical visitation, some send greeting cards, flowers, luxury food and other men-like gift items.

This is the Most popular ecard sent In the concluded Father’s day UK and US on Hope Spring ecard platform. It is a humorous card that appreciates the important role played by fathers. The card compared fathers to a swiss army knife, versatile and indispensable. The card recognises and honoured the roles played by fathers in the family and the society at large.

Sending a father’s day card is very easy, visit Hope Spring father’s day card category and select from the varieties of Father’s day card available, personalise your card, donate the cost of a stamp to a charity and send or schedule to be sent later. The card arrives instantly and you get an email notification when your card is sent.

Thinking of some eco-friendly gift to get your dad this Father’s day Australia, these are some thoughtful gift ideas you can send to your Dad or that special Dad figure in your life. They will love it and be grateful for it. You can also celebrate your Dad this Father’s day by appreciating him with an awesome gift he would love.

Why not honour your Dad, relatives, friends and other special father figures in your life with a beautiful father’s day ecard this Father’s Day Australia celebration!