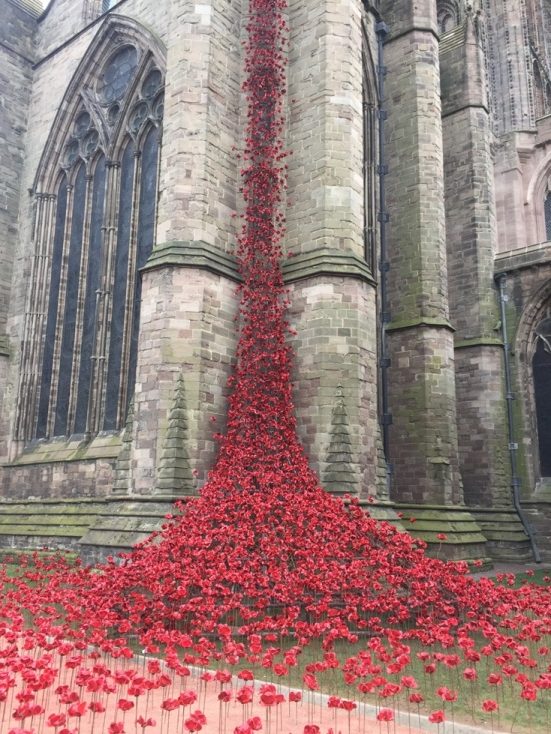 Your don’t have to wait till November, to participate in the annual Royal British Legion popular fundraiser; Poppy Appeal to remember fallen services men and women killed in conflict. You can send a free picture of the beautiful ceramics poppies, taken at Hereford Cathedral as a postcard or an ecard free of charge.

The beautiful poppy installation called Weeping Window, was sculpted by artist Paul Cummins and designer Tom Piper. Weeping Windows is a smaller version of the original installation ‘Blood Swept Lands and Seas of Red’ which draw millions of visitors when it was at Tower of London for four months in 2014. A total of 888,246 poppies were displayed at the London installation, the Hereford version boast of more than 11,000 poppies.